Kneeling down to rip up a handful of grass.

Covering your face within your mitt to see how it would work as a mask.

Feeling the sun bake down upon your exposed forearms.

Watching anxious parents in the stands wonder why their children aren’t taking the game more seriously.

I was about six or seven, and this was tee-ball.

One year my team lost almost every game. The next, we came in second place.

I got to play second base, my favorite position, a little that year although another kid’s dad wanted him to play it, so it was a constant struggle to stay on second. But after every game, only two things really mattered.

My dad would let me buy a 50-cent pack of Topps baseball cards–you know, the ones with the hard piece of broken chewing gum. And I would also get to order a suicide.

In the 80s, there was a time when every little boy wanted a drink called a suicide. Even the name of the drink was rebellious. Parents didn’t order suicides. Grandparents didn’t. Only young boys and their fellow rambunctious teammate buddies ordered suicides–the 80’s sugar water of boisterous adolescence.

The man behind the food stand would mix each drink with zeal, adding Dr. Pepper as he slid the waxy paper cup to Pepsi and then to Root Beer and then adding dash of Sprite. My eager teammates kicked up dry dirt as they waited in line for the rewarding treat in the blistering heat.

I don’t really remember what it tasted like, but I know I liked it. After a few sips, I would get in the car with my dad and start looking through the new baseball cards hoping that I didn’t get too many doubles.

I wanted the full team of the Dodgers. Although I liked the White Sox and the Yankees too, the Dodgers were my team.

I was thrilled when my parents surprised me with Orel Hershiser’s record breaker card one year on my birthday. I would place my cards out over the thick carpet of my bedroom floor to see the collected team together. The Dodgers winning the 1988 World Series highlighted that season of baseball card collecting.

Besides for a few years of tee-ball and then playing on my Bible study’s team at church almost 20 years later, that was all the ball I ever played. I had no hopes of earning a baseball scholarship, being a professional baseball player, or even coaching.

Although I try to make it out to a Dodgers game every other year or so and sit in the all-you-can-eat section, I don’t even watch very many games on TV.

I went out for baseball conditioning once in high school. I observed high school coaches cussing at the students for not being fast enough. I saw some students falling on their knees with vomit bursting out of their mouths after being pushed so hard. The fear in some of my fellow students’ eyes was alarming.

This wasn’t the baseball I remembered.

This wasn’t a game.

This wasn’t for me.

Then I remembered some of the tee-ball parents getting upset that their kid didn’t get enough time in their preferred position and them angrily yelling from the stands words that little kids shouldn’t hear.

But we, the ones who were actually playing the game, were happy just being out there and getting our baseball cards and soda afterwards.

I have to remind myself to strive for that childlike outlook on life again–to be so happy with such simple things.

Adults have forgotten how to play a game.

They care too much about winning and losing.

They think about suicide instead of drinking them.

There are definitely times in life where we need to be serious, but I feel being serious comes quite naturally to most of us.

We have to remind ourselves to have a playful outlook on life, with the faith of a child. We have to remember how to play a game. 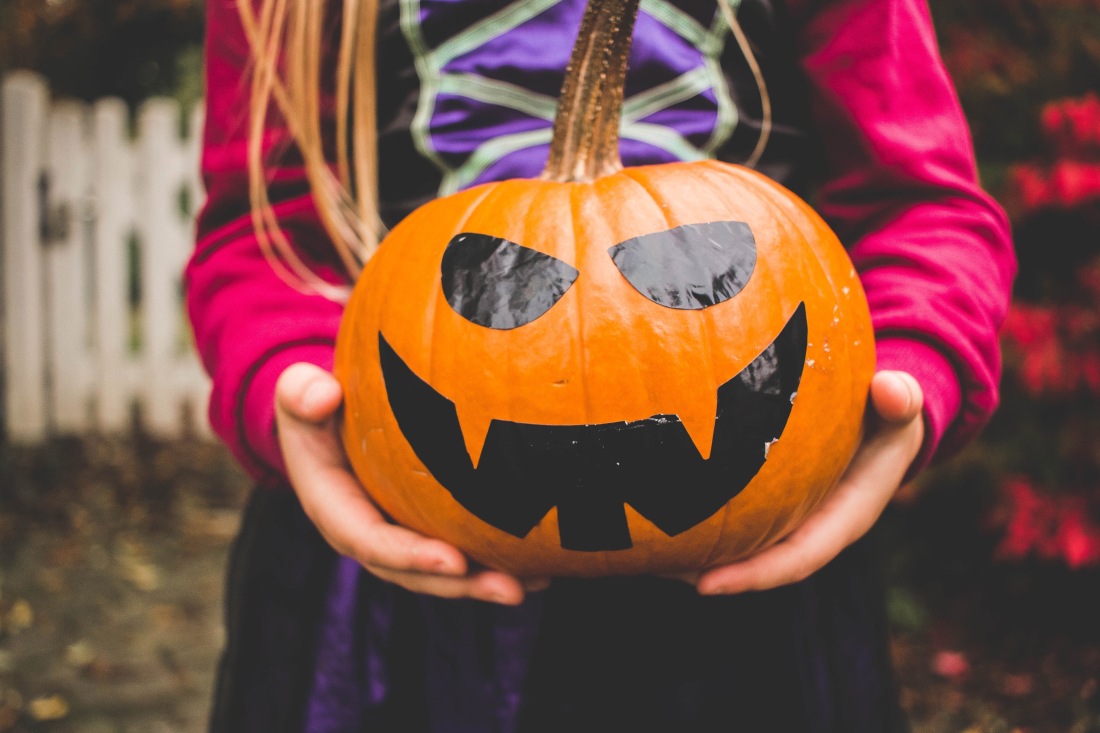 When you’re an only child for the first seven years of your life, you learn how to use your imagination. I could pretend to be anything, and Halloween was the one day a year where the world was okay with that.

Before I was old enough to choose what I wanted to go as, my parents dressed me up. I remember once being a vampire at a little carnival on the outskirts of town. It was there I learned about bobbing for apples as my parents explained to me how to do it.

Another Halloween I remember my mother putting a clothes hanger wire in my devil’s tail to keep it from dragging on the ground. She was probably afraid I would trip over it. It was that Halloween I can recall casting a little toy fishing pole over a water painted curtain at a carnival. When I pulled it back over, there was a little paper bag attached with a plastic finger toy and piece of candy inside it.

My elementary school was decorated with stretched spider webs and hanging tissue ghosts. One classroom activity was building haunted houses out of paper and cardboard. We also made paper Frankenstein puppets. (Yes, I know Frankenstein is the name of the scientist, not the monster.)

The smell of plastic masks and candy bags filled up the orange and black seasonal isle of the grocery store, and sometimes my dad would even buy me a rubber toy spider or bat.

“It’s the Great Pumpkin, Charlie Brown” played on television along with “Garfield’s Halloween Adventure” and “The Legend of Sleepy Hollow.” 80’s sitcoms aired their Halloween specials, demonstrating how to properly decorate for the special, spooky night.

My childhood best friend, Matt and I would play all year like we were fantasy characters. I would be the medieval swordsman and he, the magical wizard. We were a dynamic duo in our fictitious worlds that we saved over and over again. Although in reality, we were only two little boys dressed in full 80’s attire running around the grassy yard in a small town. But one year, both of our mothers sewed us personalized Halloween costumes.

We were so proud as we walked our school’s halls and playground on Halloween day proudly dressed as the characters who we always imaginarily played as.

Halloween is such an interesting holiday. Although some people celebrate it in an evil manner, to me it was always something mysteriously pure. My family didn’t watch horror movies about the demonic realm or teach us to play malevolent tricks on neighbors.

Halloween was a time of freedom and imagination–an ushering in of the fall season with our family and friends eating candy in costumes.

Now a big part of it is remembering how it felt to be young again. To see an orange leaf fall before your next step. To zip up a thin jacket for the first time that school year. To simply breathe in the fresh autumn air. To watch a harvest moon.

As believers, the easy stance to take is simply declaring all of Halloween bad. But some churches have been doing the opposite.

Harvest festivals have practically taken over trick-or-treating for a lot of families. Churches are inviting trick-o-treaters onto their campuses for candy, games, and entertainment. The parents enjoy this because it’s so much safer than walking up and down dark neighborhood streets and going up to houses of strangers. The kids like it too because they get so much more candy. Some larger churches have even turned their harvest festivals into full carnivals.

Ironically, Halloween is the only time some families will ever walk onto a church’s campus.

The enemy takes what God has made for good and uses it for evil. It’s about time we take what the enemy has made for bad and use it for God–this is Halloween.